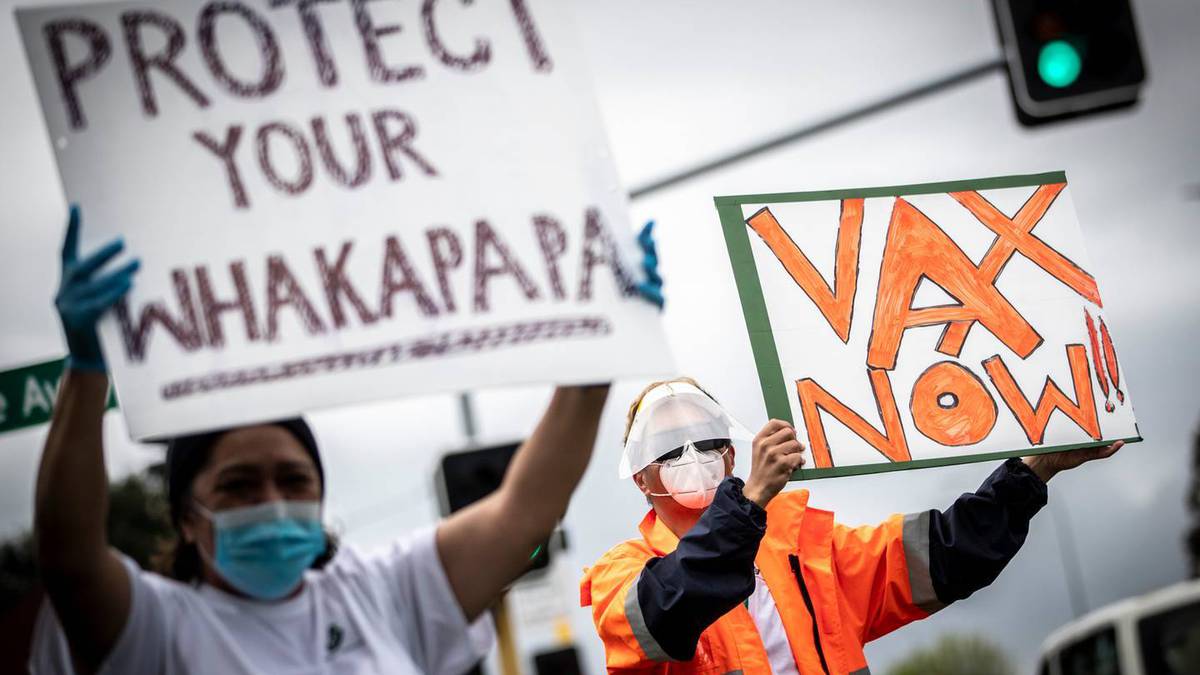 By Jason M. BlankenshipAugust 4, 2022No Comments

Stats NZ has recommended a series of improvements to the Department of Health’s population data set, which has been widely criticized for underestimating Maori Covid-19 vaccination rates.

This dataset now needs to be updated, and 233,000 people will be added to it next week, which will increase two-dose coverage of the eligible population aged over 12 from 95% to 90%.

This morning, Stats NZ has released its long-awaited review of the Ministry’s Health Service User (HSU) population, following a debate among experts on whether it was appropriate enough to be used as a denominator to measure Covid-19 vaccination coverage.

In reporting on Covid-19 vaccination rates to date, the ministry used a particular dataset called Health Service Utilization 2020, capturing those who used the health system in 2020 with an age cutoff as of June 30. of that year.

This meant that the vaccination rate for New Zealanders over the age of 12 was calculated on those who were that age before June 30, 2020 – and only if they had accessed health services.

The Herald earlier reported that statisticians pushed the department to use a dataset that has a better capture of the entire population, but maintained that HSU 2020 still gave an accurate picture of the population.

There was pressure, especially from those working in Maori health, as HSU 2020 was known to underestimate Maori – a group who were more likely to use health services less and sometimes identified as another ethnicity in doing so.

It was a criticism endorsed by the Waitangi Tribunal’s finding in December that the Department of Health’s data collection “does not collect enough data to accurately and fairly inform the rollout of the vaccine for Maori”.

When December 2021 population estimates from Stats NZ were used, the percentages came out significantly lower with 93% of 12+ partially vaccinated and 91.8% of 12+ fully vaccinated.

If we take into account the whole population – i.e. children under 5 – then 84.2% are partially vaccinated and 80.4% are fully vaccinated, at this time -the.

University of Otago epidemiologist Professor Michael Baker also said the lack of consistency between data sets was “a real problem”.

“If you have a service that you want to offer to ‘everyone,’ you have to agree on what ‘everyone’ is,” he told the Herald in June.

“If you’re not measuring what you think you’re measuring, we have a problem. Managing an immunization program is fundamental to knowing your coverage.”

Such inconsistencies across datasets were acknowledged in the just-published review by Stats NZ, which also confirmed that there had been low Maori representation in the HSU.

Yet the review also found that the HSU has “some advantages” as a denominator for health-based analyses, including tracking Covid-19 vaccine coverage.

One was “reporting consistency” of Maori and other ethnic groups in the numerator versus the population denominator – including in vaccination rates.

“This use is consistent with Stats NZ’s advice that clients should validate the consistency of the numerator with the denominator when performing calculations by ethnicity,” the review found.

Another benefit of HSU was its inclusion of overseas visitors who can use specific health services.

“This may be particularly relevant if they are in New Zealand for several months, but not long enough to be statistically defined as residents.”

However, the HSU had “some limitations” – particularly for time series analyses, as not all New Zealand residents were in the HSU and its coverage varied over time.

Stats NZ said the use of the HSU also did not preclude the use of other demographic statistics – such as its own Estimated Resident Population (ERP) dataset – for health denominators.

“Indeed, the focus of Stats NZ’s estimates on the resident population means that they are more suitable for some purposes, particularly if visitor (non-resident) use of the specific health service is without result.”

The ethnic differences between these two population measures — particularly in the Maori and Pacific populations — reflected “the range of collection and supply challenges” that existed in the administrative data, he said.

“The low representation of Maori in the HSU requires careful examination at source to determine whether it is driven by systemic issues or genuine reporting choices by health service users.”

“Comparing the age distributions between the 2020 HSU and 2021 Stats NZ projections shows that decisions around the use of a static and outdated HSU have contributed to inaccurate denominators in Covid-19 vaccination coverage estimates for people older (e.g. resulting in higher vaccination rates over 100 percent),” he found.

“Aging the 2020 population to the correct ages for 2021 largely smooths out the gaps in older age groups.”

Among its recommendations, Stats NZ said the HSU should be derived “at” the key reference dates – thus emphasizing that the data was captured at a certain time such as June 30 or December 31 – before deriving populations from it. averages.

The review also recommended that all live births registered in New Zealand should be included in the HSU based on the child’s date of birth, regardless of their declared residence – and that all deaths whose death was recorded here are also included.

He also suggested that data on ethnicity be collected and reported on a “total response” rather than “priority” basis, to better reflect the ethnicities reported by people using health services.

“Ethnicity data should be collected at the most detailed level of ethnic classification possible, to provide ultimate flexibility in reporting.”

Regarding how this data should be shared, Stats NZ said the HSU should “adhere to the principles of official statistics in its derivation and dissemination”.

“This is because the HSU is an official statistic in its own right, but also used to derive other official stats.”

In particular, Stats NZ said the rules by which people were added and removed from HSU should be published openly – and also explained in technical terms that are easier for people to use.

In response to the review, Old said his recommendations had been implemented or were in the process of being implemented – with one exception regarding a “technicality” in reporting on ethnicity.

“It is important to note that we are committed to updating the dataset every six months, which will help keep our reports as up-to-date as possible in the future.”

Although the update would change the reported estimate of vaccination coverage in the population, Old said it would make no difference to the total number of Kiwis vaccinated.

Old said the total number of people over the age of 12 who had received at least two doses of the vaccine had increased by 9.6% in the past eight months – from 3.63 million on December 1 to 3, 98 million on August 1.

“However, when we move to the new dataset next week, our reported vaccination rates will show a decline, because as I said, this updated dataset contains 233,000 more people,” Old said. .

“So in simple terms, it’s the same number of people vaccinated, but now we’re dividing that by a bigger number.”

Using this broader dataset, two-dose coverage of the eligible population over 12 years of age would increase from 95% to 90%.

“It is important to note that the rates for all ethnicities of our most vulnerable people over the age of 65 remain above 90%,” he said.

“And overall, New Zealand remains one of the most vaccinated countries in the world for Covid-19.”

Old considered HSU’s population to be “ideal” for the role because they “represent real people who are here in the country interacting with the healthcare system.”

“This means we can target and plan our campaigns both at the community level, for example, identifying areas where coverage is low, but also at the individual level.”

According to another improvement to the statement, the data would reflect people’s current age, rather than their age when they were last vaccinated.

“That’s because we need to better understand who in the population is eligible for recalls as we move forward,” Old said.

“Thus, this change results in a more accurate indication of who is eligible for both booster boosters and first vaccinations as new people in the different age groups.”

The ministry was also removing the term “fully vaccinated” from a person’s vaccination status and replacing it with a completed primary course.

“So previously a person was considered fully vaccinated immediately after the last dose of a Covid-19 primary vaccination course,” he said.

“So for most people it was two doses, and that definition didn’t include boosters.

“Now, a person is considered up to date with their vaccinations if they have received all the recommended Covid-19 vaccines.

“So in other words, they’ve completed both their primary course and all the booster doses they’re eligible for, depending on their age and other factors.”