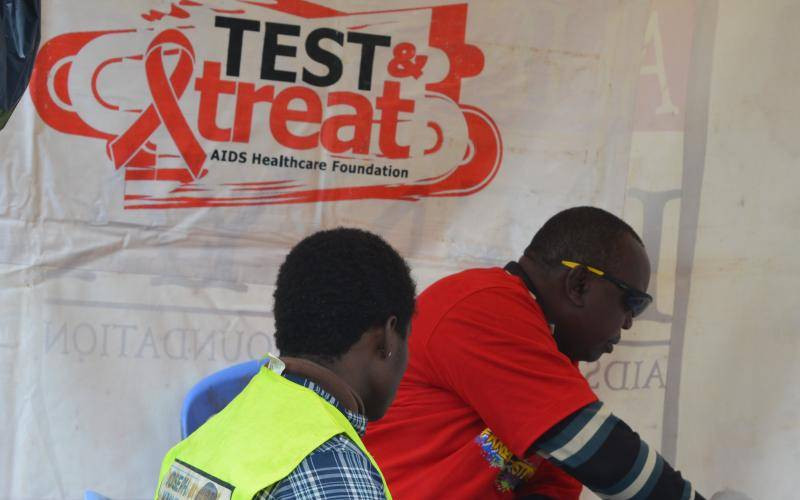 By Jason M. BlankenshipSeptember 16, 2022No Comments

A fierce legal battle over the revision of the HIV testing sequence has erupted, with the Health Ministry accused of failing to involve stakeholders and purchasing less sensitive kits.

Joseph Omwando, in his High Court filing, claims that the ministry wants to overhaul the current HIV/AIDS algorithm under the pretext of following World Health Organization (WHO) recommendations but has not followed suit to the required processes to the letter.

In its filing filed by lawyer Esther Odumbe, Omwando claims that the ministry is rushing to review the algorithm for commercial, not public, interests.

He says the Ministry of Health is also considering reducing the quality of malaria test kits by lowering the Panel Detection Score (PDS) for kits to be used in the country from 90% to 80% to adapt to the manufacturers whose products are less expensive. more than 90 percent.

“The entire review process is unconstitutional due to the fact that public participation, involvement of major shareholders and awareness of sample collection were not collected,” Omwando claims.

The HIV testing program in Kenya is currently being conducted using a kit known as Determine HIV as the first line testing kit.

According to the petitioner, the WHO has recommended that its members introduce a third kit into their national HIV testing algorithms. “It would negate the need to send samples to a lab and provide quick and accurate results on the condition of the person being tested,” he says, adding that the ministry decided to review the current testing algorithm instead.

“The Respondents (Ministry of Health) chose to change the National HIV Testing Strategy and Algorithm, which requires developing a plan and identifying the optimal time for transition while ensuring that all the necessary resources are in place.

“This change is being made without much preparation and is intended to introduce inferior third-generation tests into the national HIV algorithm.”

According to him, other countries have already moved on to fourth-generation tests. He says Kenya wants to switch to “old” technology.

This is a second court case questioning HIV and AIDS test results in Kenya.

Last year, two women sued two government institutions after being diagnosed and treated for HIV despite being HIV-negative.

The two women named AWM and EM sued Thika Level Five Hospital and Msambweni County Referral Hospital claiming they were misdiagnosed and treated for a condition they did not have.

According to court documents, on July 20, 2016, EM went to Diani Health Center for a routine antenatal visit and was tested alongside other pregnant women.

She says a nurse took the test and the result was that she was HIV positive. The nurse reportedly requested that she bring her husband and their one-year-old child for testing. Their test results were negative but another member of staff did them.

She claimed the nurse who tested her was actually a trained counselor and had a two-week training certificate and no known medical laboratory training.

“The hospital relied on the result of the HIV test I had been given to administer antiviral (ARV) treatment to my then one-year-old child. ARV has definitely changed my whole family’s life in every aspect,” she says.

According to her, being tested positive led to frustration and family feuds, adding that Msambweni refused to admit her when she was due to give birth due to her alleged status.

She continued: “An HIV-positive label put on me was the result of misdiagnosis of HIV, took a heavy toll on my entire family due to the suspicion, stigma, distrust and regular domestic disputes that made our lives as a family seem worthless.

She said that when it was known that she was not HIV-positive, the hospital demanded that she turn over all medical records and medication for destruction. She says it was to cover up the evidence.

Meanwhile, EWM said she went to Thika with her 22-year-old husband to get tested for HIV. She maintains that hospital staff took her blood for screening and after 30 minutes a shock came that she was positive while her husband was cleared. It was March 2, 2018.

She said the man assured her that he would only support her so that he disappeared the next morning without a word.

According to her, she received a call 14 days later from the same hospital asking her to come to the hospital for medication. “She threatened me that if I didn’t start ARVs, I would be arrested and accused of being HIV-positive and not taking medication and could be forced to take my medication in the cells,” he claims. she, adding that at that time she considered suicide.

“I tried mixing rat poison with iodine and yogurt to take.”

On December 10, 2018, she went for a second test which gave an opposite verdict. Astonished by the turn of the result, she took another test which confirmed that she was negative.

The two also want the court to compel the ministry to review the HIV testing algorithm and guidelines.