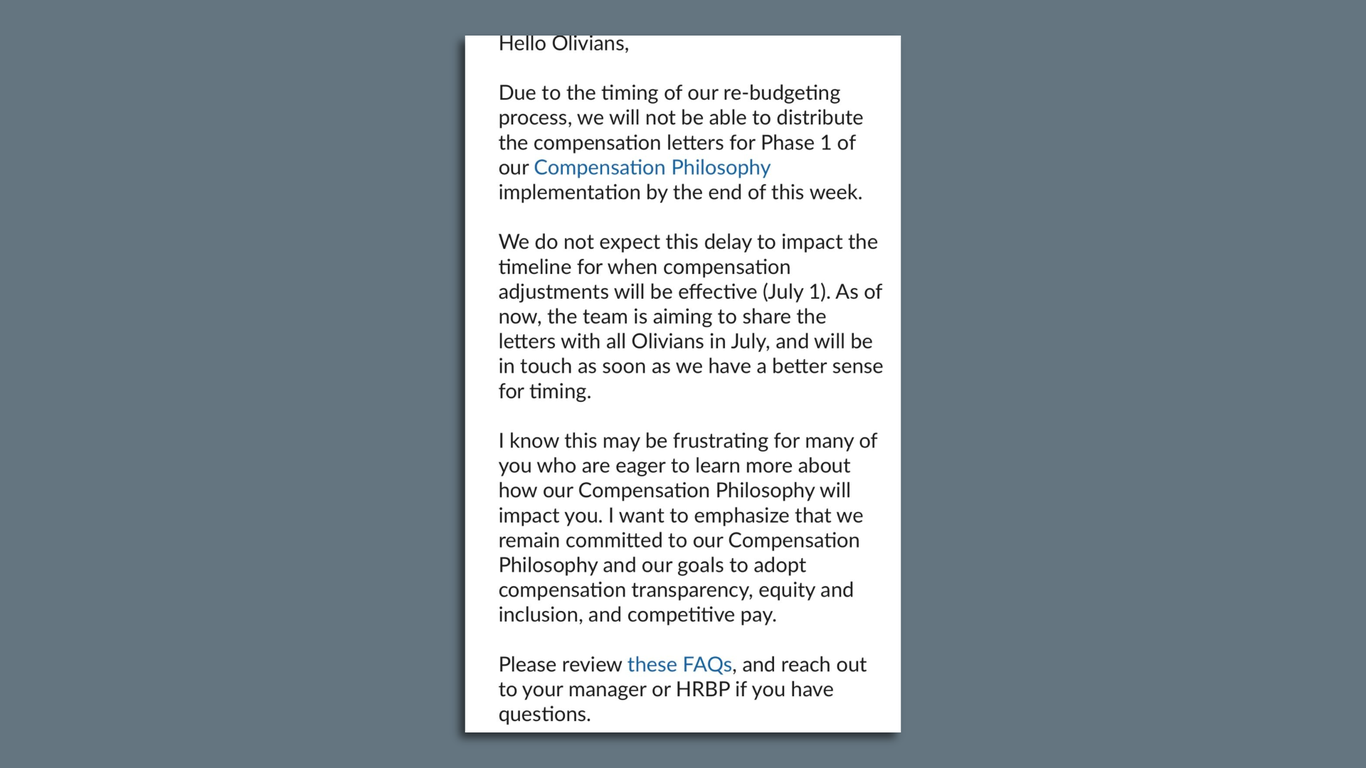 By Jason M. BlankenshipJune 10, 2022No Comments

Health technology company Olive AI is delaying the release of compensation letters to employees, according to a memo obtained by Axios. The letters were due to be distributed by the end of this week and should instead be sent “early July”, the memo said.

Why is this important: The delay comes amid an exodus of employees from Olive, with Axios reporting that more than 40 employees have left since April. Several of those who resigned held leadership positions.

To note : Axios previously reported that Olive, a fast-growing startup that once carried a $4 billion valuation, froze hiring last month — its second hiring hiatus this year. Sources who spoke to Axios said the freeze was due to budget issues.

Background: Olive CEO Sean Lane founded the company with a vision to use AI to eliminate repetitive, manual tasks in healthcare. Since then, he has raised nearly $1 billion in funding and acquired two leading health technology companies.

What they say : In response to Axios’ request for comment on this story, a spokesperson for Olive said the company is “paying close attention to the seismic shifts occurring in the global market and taking proactive steps to ensure that we are able to fulfill our mission”.