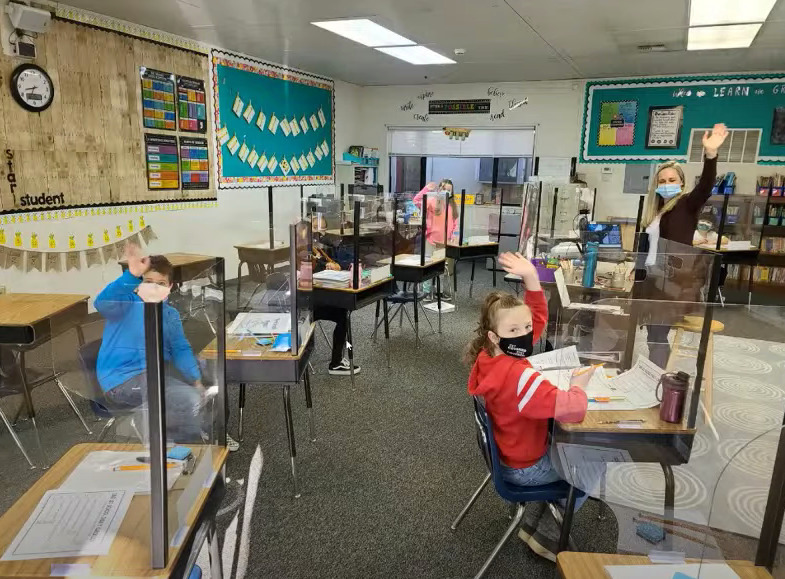 By Jason M. BlankenshipJanuary 12, 2022No Comments

Send your letter to the editor using this form. Read more Letters to the Editor.

State Superintendent of Public Education Tony Thurmond said “our goal now is to advance all students.” This goal statement does not make sense because it is vague and lacks a specific action plan.

If Thurmond is sincere in announcing his overall goal, then he should come up with a serious plan. Otherwise, the same old sad status of the California K-12 education system will persist, as evidenced by poor student performance on tests, and COVID-19 will be a lame excuse.

Decrease in health spending
too deep for many

While it is wonderful to hear that an upcoming event in Antioch will provide free dental and vision services, health care should be that way for all of us all the time.

Certainly, I am lucky. As a lifelong public educator in our state, I have access to high quality health care. However, even on the bourgeois income of a teacher, I feel the cost of this care. Currently, I am in a California covered plan, a plan that provides coverage for me and my wife. This plan costs $ 1,303.79 per month.

Health care should be universal. If health care costs are a big consideration to me, and in fact they are, how can Californians with less privilege than I am supposed to survive and thrive in our state? I urge all of us to support the passage of AB 1400, a bill in our State Assembly that would advance universal health care.

Republicans are
in the grip of the projection

“Mass-forming psychosis” may not be recognized by psychologists, but the projection, seeing in others what we deny about ourselves, is real.

• Suppression of Republican voters justified because “the Democrats undermine democracy”.

• Say that the anti-fascists are pro-authoritarian, but not the fascist rioters on the Capitol.

• Claiming a legitimate election is the real “big lie”.

The “Trumppers” have consistently projected that others have been duped, out of touch with reality, and are anti-democratic, while Trump fed them thousands of clear and documented lies. There is something to the concept of “mass training psychosis”, and it is alive and sick in the extremes of the Republican Party.

With the recent fraud conviction of Theranos founder Elizabeth Holms, newspapers, including the East Bay Times, are running opinion pieces left and right on trust and fraud in Silicon Valley. And while Theranos was a big story four years ago, times have changed.

Investor fraud is no longer where the big money is: Fraud the American people is. Antitrust lawsuits filed against Facebook and Google by 17 attorneys general in October allege that Google and Facebook set prices, set quotas and rig bids so that they win even when a third party submits a higher bid. Billionaire investors are not the targets of these crimes: small advertising companies and healthy market competition are.

There has not been a clearer example of a monopoly manipulating a market since Standard Oil. So no, Theranos isn’t the tech company of choice right now.

Guantanamo flies in front
of the ideals of America

The America I believe in would close Guantanamo Bay prison now.

This January marks the 20th anniversary of the opening of Guantanamo and the round-up of suspected terrorists, many of whom have been tortured, deprived of due process by being detained without charge and denied the right to a fair trial. Guantanamo is a stain on the US human rights record; indefinite detention without charge or a fair trial is a flagrant violation of international human rights.

President Biden must take the steps he has promised and immediately transfer all authorized detainees out of Guantanamo and take the necessary steps to shut down Guantanamo.

Disgusted Republicans
should hold the votes

I appreciated Jeff Johnson’s letter to the editor warning that we don’t assume all Republicans support the former president and his lies about the election and the insurgency. (“Don’t describe the whole GOP as supporting Trump,” page A12, January 10)

I believe a significant number of Republican voters are as disgusted with Donald Trump as the Democrats are. I just hope Johnson and his fellow Republicans across this country will make their feelings known at the polls by refusing to vote for the politicians who support Trump and his lies.