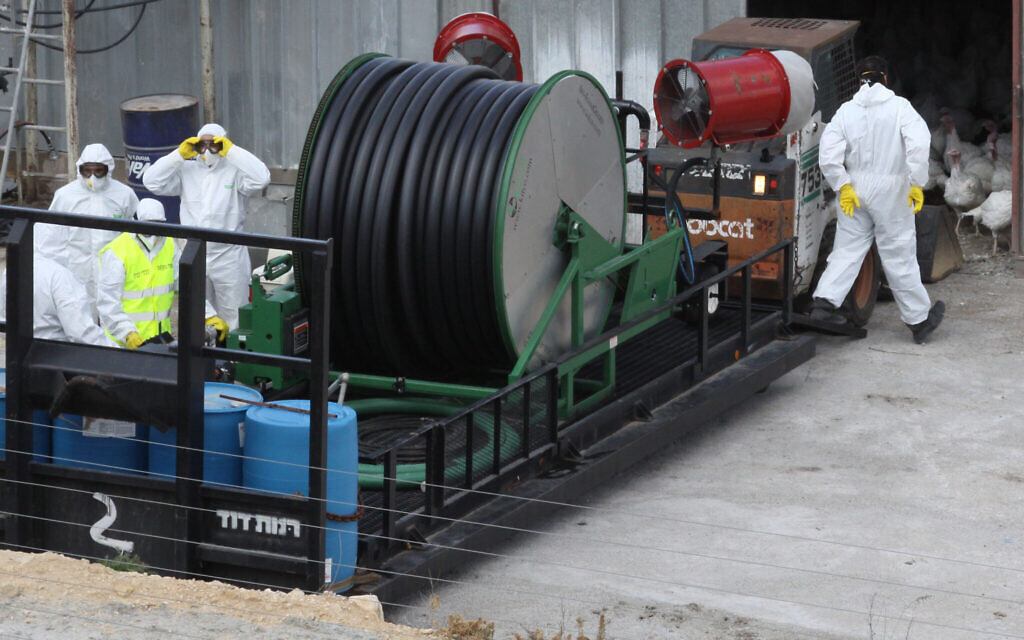 The health ministry said on Friday it received reports that the H5N1 strain of bird flu had been detected in two Israeli farming communities.

According to the ministry, the reported cases were at a turkey farm in Ein Tzurim in southern Israel and at a duck farm in Kfar Baruch in the north.

The Department of Health pointed out that H5N1 – which the US Centers for Disease Control and Prevention officially calls highly pathogenic Asian avian influenza – has a low rate of transmission between humans.

The ministry said “it had been decided to provide preventive treatment to those defined as contacts,” and that its offices in the north were contacting schools and others who visited the Kfar Baruch petting zoo.

No cases of H5N1 in humans have been reported in Israel.

By registering, you accept the conditions

The Ministry of Health added that the bird farms were “under the treatment” of the Ministry of Agriculture, without giving further details.

The H5N1 avian influenza subtype can be fatal if transmitted to humans, which CDC says mainly occurs “after prolonged and close contact with infected sick or dead birds”. It has resulted in the deaths of millions of birds in Europe and Asia as health officials try to contain the virus.

Israeli and Palestinian growers have faced sporadic outbreaks of the virus over the years, with hundreds of thousands of birds slaughtered to prevent the spread of the virus.

In 2006, the southern Israeli poultry industry was almost on the verge of collapse, producers said after a number of slaughterings following the discovery of bird flu.

Are you serious. We appreciate this!

We are really glad you read X Times of Israel Articles in the past month.

That’s why we come to work every day – to provide discerning readers like you with must-see coverage of Israel and the Jewish world.

So now we have a request. Unlike other media, we have not set up a paywall. But since the journalism we do is expensive, we invite readers for whom The Times of Israel has become important to help support our work by joining The Times of Israel community.

For as little as $ 6 per month, you can help support our quality journalism while benefiting from The Times of Israel WITHOUT ADVERTISING, as well as access to exclusive content reserved for members of the Times of Israel community.

Already a member? Log in to no longer see this