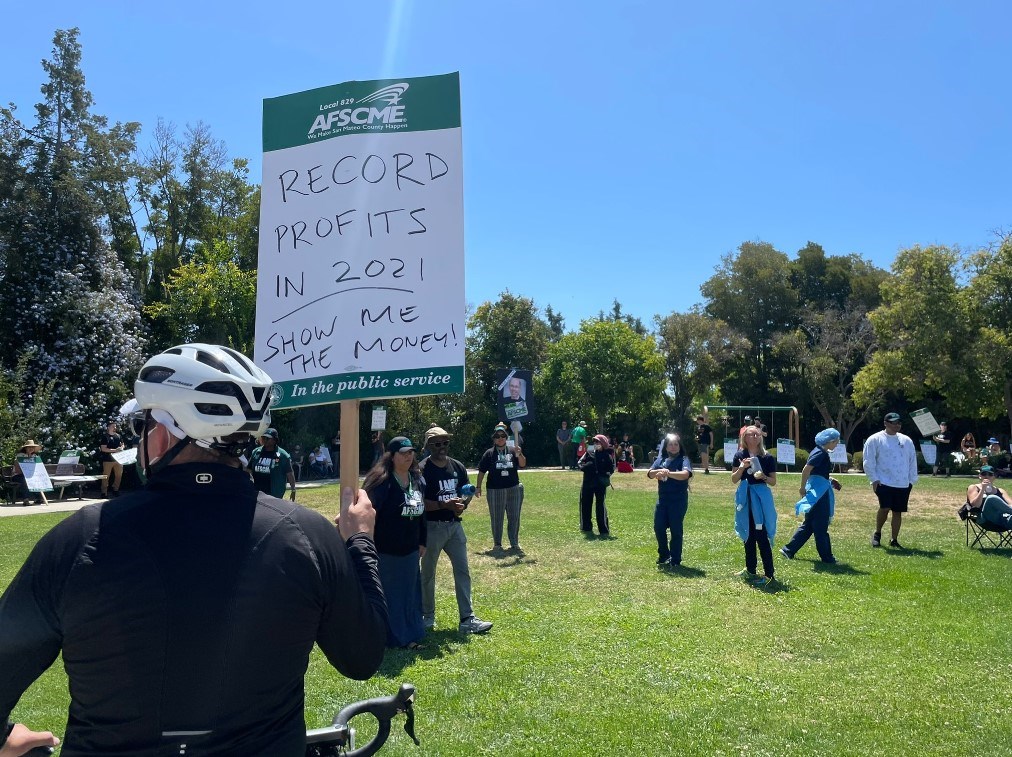 By Jason M. BlankenshipJuly 29, 2022No Comments

The new contract will give workers a 16% raise over four years, higher headcounts and limits on healthcare costs

On the tenth day of an indefinite strike, healthcare workers at Dignity Health Sequoia Hospital reached a settlement with the hospital.

The contract also removes any language allowing management to unilaterally increase the cost of health care benefits. Workers at Sequoia Hospital are the first in the Dignity Health system to do so, according to a union spokesperson.

“Dignity Health is pleased to announce that Sequoia Hospital of Redwood City and the American Federation of State, County and Municipal Employees, Local 829 (AFSCME) resumed negotiations on July 28 and reached an agreement in principle on a 4-year contract, covering more than 300 technical and service employees at Sequoia Hospital,” Dignity Health said in a statement. “We look forward to welcoming our AFSCME-represented employees to work.”

On Friday, July 22, all striking workers received a letter from Dignity Health warning them to return to work by the end of the month or lose their health care benefits.

This is a developing story and will be updated.