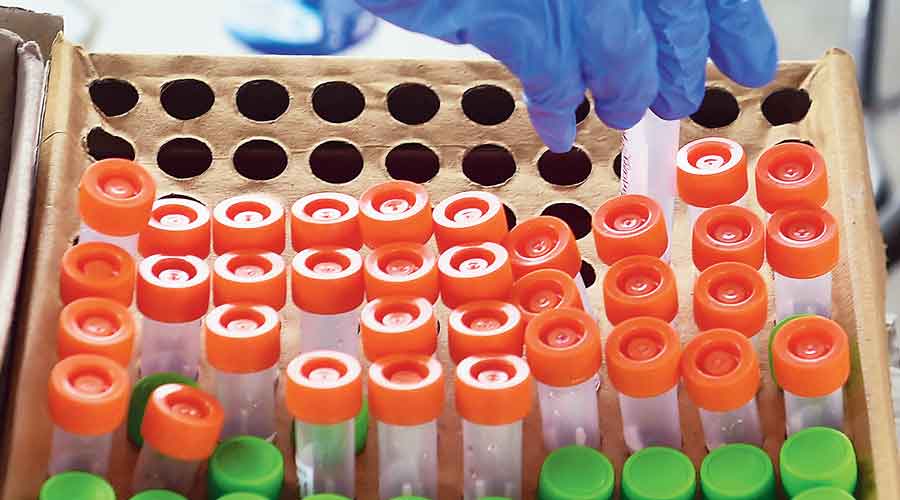 The new variant of the coronavirus named Omicron, if free, could spread from an infected person to between 10 and 30 others, according to a preliminary analysis of its transmissibility which scientists say has yet to be verified with more data.

Analysis by Christian Althaus, a computational epidemiologist in Switzerland, suggested that Omicron has an R0 value of 10 to 30, compared to the R0 of 5 to 6 that the delta variant exhibited during winter in the northern hemisphere. .

R0 is the average number of new cases that a single infected individual can generate. The delta variant, first spotted in India last year, fueled the country’s second wave earlier this year.

The results come at a time when the Union Ministry of Health has called on all states to increase Covid-19 testing, ensure ‘saturation testing’ in areas with clusters of positive cases and to increase their healthcare infrastructure in anticipation of any outbreak of Omicron or another variant coronavirus.

Health Secretary Rajesh Bhushan also called on states to increase sampling and ensure swift dispatch of Covid-positive samples for sequencing to designated laboratories so the country can detect and control infections, the possibly caused by the highly mutated Omicron.

Althaus, who posted the results of his analysis on Twitter on Sunday, himself warned that his analysis was “preliminary” and based on “very limited data” of the rapid displacement of the delta observed by Omicron in South Africa’s province of Gauteng.

The analysis suggests that Omicron has a growth advantage of 0.43% per day over delta. Althaus said that figure was close to a similar estimate of 0.38 per day, independently calculated by evolutionary biologist Tom Wenseleers in Belgium.

Neither calculation has yet been peer reviewed.

Scientists speculate that Omicron is spreading rapidly even though a large portion of South Africa’s population has already been infected in previous waves.

Althaus said it was likely that almost everyone in South Africa had been infected with the Covid-19 virus during its first three waves and had developed partial immunity to reinfection. In addition, 24 percent of South Africa’s population is fully immunized.

Althaus pointed out both the assumptions and uncertainties associated with assigning Omicron an R0 value of 10 to 30 against the delta R0 of 5 to 6, tweeting: “Not impossible, but such a jump seems rather unlikely.”

The analysis also indicates that Omicron can evade protective immunity in 31-93% of the population, illustrating the high level of uncertainty and, Althaus said, the preliminary nature of these calculations.

“We need to be aware that these estimates come with assumptions and caveats and are based on limited data sets from a single South African province,” said a senior medical researcher in India who has been tracking the variants. of Covid-19.

“But if confirmed, these estimates imply a variant that is much more transmissible than delta,” said the researcher, who works at a government institution and asked not to be named. “If the variant gets a free run, it could lead to a very strong and steep surge in a short time.”

In the real world, however, the variant is unlikely to be able to infect freely, the researcher said. “We know what works – the same public health and precautionary measures that helped curb the spread of earlier variants will work against this one, too. “

He urged states to ensure “saturation testing” in all hot spots – areas marked by recent clusters of positive cases.

Saturation testing, according to public health experts, would require rigorous testing of all household members and close contact of those who test positive.

Omicron, which was first spotted in Botswana and is spreading rapidly in South Africa, has also appeared in at least eight other countries – Hong Kong, Israel, Belgium, Australia, Germany, Italy, United Kingdom and the Czech Republic. .

Scientists believe the variant – also referred to as B.1.1.529 – has likely spread to other countries and will be detected in the coming weeks as countries step up genome sequencing.

“India will likely have imports from some countries,” said a medical researcher involved in the sequencing of the Covid-19 genome.

While there is no data yet on the level of severity of illness caused by Omicron, scientists say that a highly transmissible virus, no matter how severe, could quickly overwhelm healthcare resources.

After India’s second giant wave – marked by more than 400,000 new infections a day when it peaked in early May – public health experts had predicted that the country was unlikely to experience a large third wave unless the virus does not mutate significantly. New daily infections in India over the past week remained below 10,000.

But the first signals from South Africa suggest that Omicron can spread quickly even in a country that has already seen several waves.

Over the past two weeks, the seven-day average of new daily infections in South Africa has increased 17-fold, from 246 on November 14 to 4,196 on November 27.

Bhushan, in his note, called on states to use the Centre’s financial support to plan and strengthen human resources, infrastructure and logistics, in addition to increasing health infrastructure.