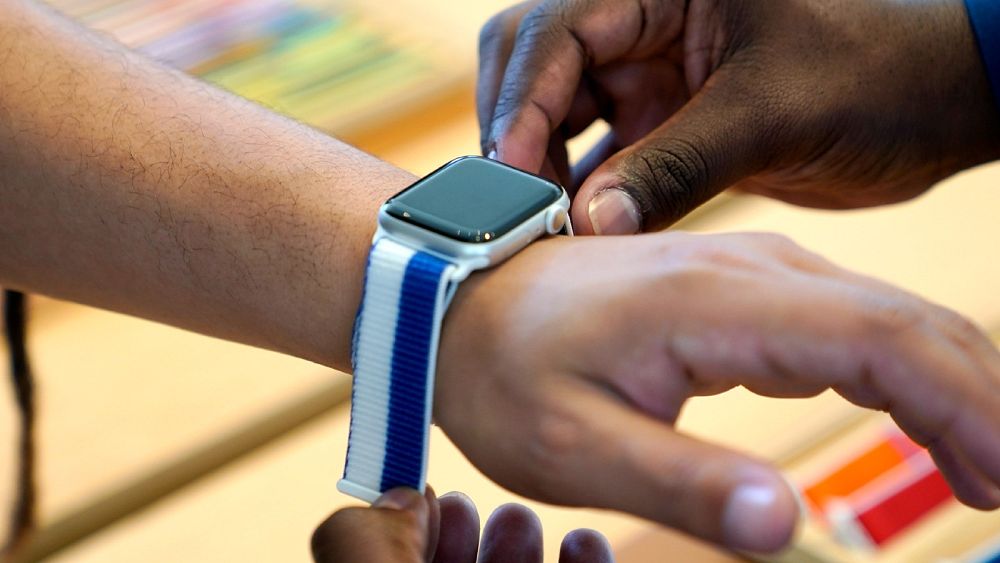 By Jason M. BlankenshipJuly 11, 2022No Comments

Let’s face it – wearable health technology has come a long way since the days of clip-on step trackers.

Demand for wearable health and wellness technologies is booming, with the pandemic highlighting the value of these devices for monitoring metrics such as blood oxygen saturation and heart rate.

Professional services firm Deloitte predicts that this year, 320 million consumer health and wellness wearables will ship globally, and by 2024, that number will likely reach nearly 440 million.

From a smartwatch that can monitor stress to an app that helps sleepers wake up from their nightmares, here’s a look at the latest trends in wearable health technology.

1. Apple Watch may soon be able to tell if you have a fever

It can monitor your heart rate, detect a fall and display critical medical information if you’re taken to the ER – and soon the Apple Watch might even be able to tell if you have a fever.

Gurman previously reported that Apple was aiming to add body temperature detection to its Series 8 model, and now thinks the feature will go forward for both the standard Apple Watch Series 8 as well as for a new edition aimed at extreme sports athletes.

Unlike a regular thermometer, the new feature won’t give a specific reading, Gurman reports.

However, they should be able to tell if they think you have a fever and may then recommend that you speak to your doctor or take your temperature with a real thermometer.

2. Track Parkinson’s symptoms with your smartwatch

Sticking to the Apple Watch, users with Parkinson’s may soon be able to track their symptoms through their watch, following the US Food and Drug Administration’s decision last month to grant permission to special monitoring software.

The app, called StrivePD, is made by precision neurology company Rune Labs.

The intention is to allow people with Parkinson’s disease to easily track and record their symptoms, allowing patients to have more control over their care, Rune Labs says.

3. NightWare helps PTSD sufferers get out of their nightmares

NightWare is also an app for the Apple Watch, but a prescription-only health tech aimed at alleviating the suffering of people suffering from post-traumatic stress disorder (PTSD).

Designed to be worn while the user sleeps, it aims to detect when the wearer is having a nightmare and then pull them out of it without interrupting their sleep.

NightWare uses sensors on the Apple Watch to monitor the wearer’s body movement and heart rate while they sleep, using this to create a baseline sleep profile.

When the software detects that the user is having a nightmare based on its analysis of heart rate and body movement, the device vibrates gently to interrupt the nightmares without waking the user.

3. Nowatch tells you if you’re stressed

Developed in partnership with electronics company Philips, the device measures electrodermal activity (EDA) to track changes in your sweat glands and nervous system.

An algorithm analyzes the data and alerts the wearer via “a subtle vibration” that they should try to relax.

Along with cortisol levels, it can also measure and track your temperature, heart rate, movement, and blood oxygen levels.

And it doesn’t bring another screen into your life yet – instead it sports an interchangeable gemstone face.

The company announced last month the closing of an $8.7 million (€8.5 million) Series A funding round.