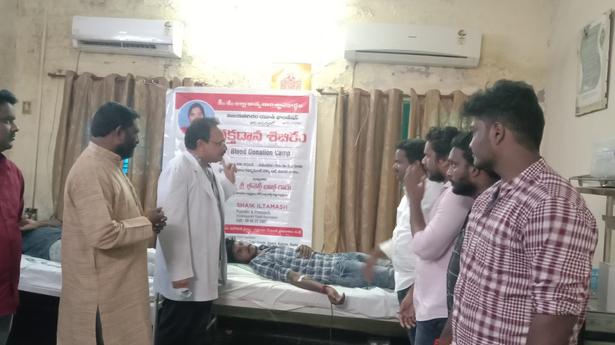 By Jason M. BlankenshipSeptember 12, 2022No Comments

The Ministry of Health is planning a nationwide mega voluntary blood drive called Raktdaan Amrit Mahotsav on September 17, with the aim of collecting one lakh units of blood.

As well as collecting vital blood for its blood banks, the campaign also hopes to create a database of donors who can be called upon in an emergency.

A letter has been sent to all States and Union Territories by the Union Department of Health stating that the campaign will continue until October 1, which is National Voluntary Blood Donor Day (NVBDD) .

“Registrations for blood donation can be done on the Aarogya Setu portal under ‘Raktdaan Amrit Mahotsav’ which calls on people to donate blood and be part of the prime minister’s mission for humanity,” an official said. of the Ministry of Health.

All States and Union Territories were invited to organize the campaign in local/regional languages. “It is planned to involve all ministries and departments of the Government of India, State and Union governments, citizens of the country, especially the youth, various non-governmental and community organizations and other stakeholders,” said the Ministry of Health.

States were asked to widely disseminate information about the campaign to all medical schools, hospitals, healthcare organizations, blood banks and other stakeholders for their active participation. A live dashboard will also be operational on the e-RaktKosh web portal to track the number of blood units donated/collected by state and UT from September 17 to October 1.

The national level NGO registration feature is also being made functional on the e-RaktKosh web portal so that they can upload and track data regarding the blood donation camps they are to organize/engage.