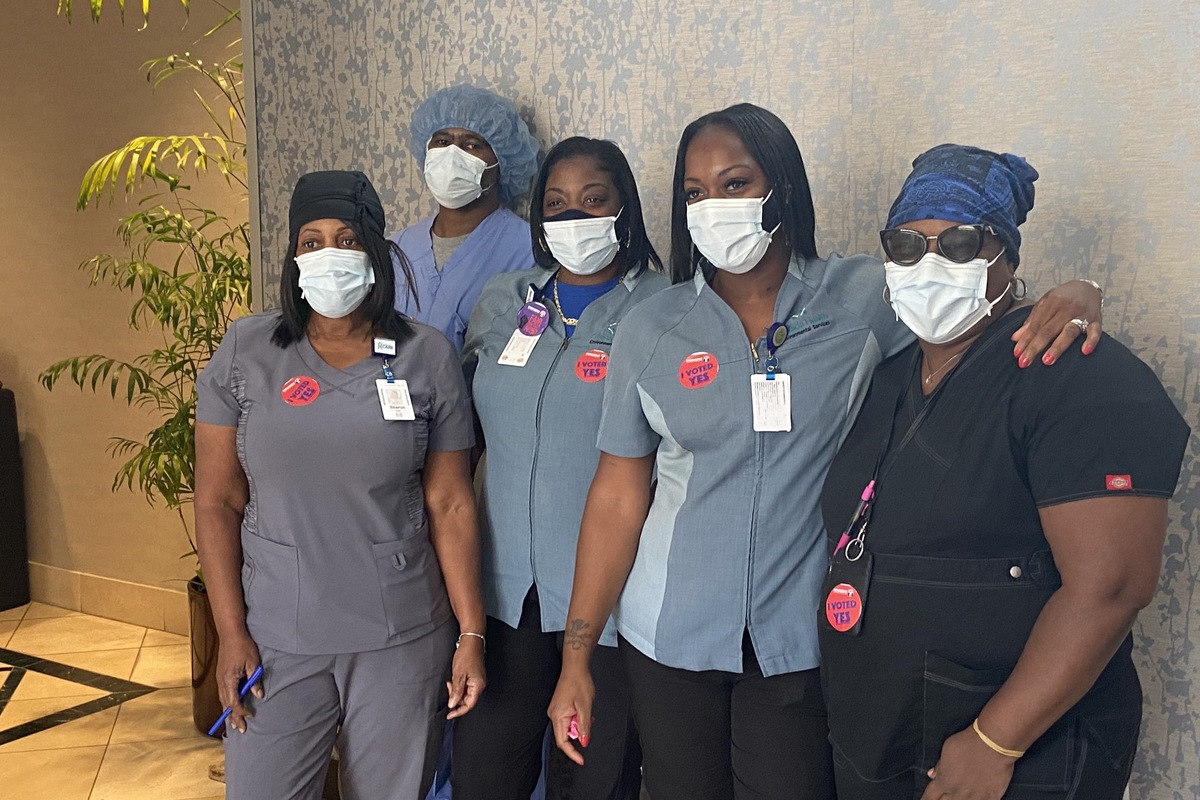 More than 6,300 Kaleida Health workers in Buffalo voted overwhelmingly to authorize a strike!

Kaleida Health workers in the nursing, clinical, technical, service and office departments, represented by unions CWA Local 1168 and 1199SEIU, voted to authorize a walkout with 96% support. This means that the bargaining committee could declare a strike if necessary.

The decision came amid growing frustrations over unsafe staffing ratios in hospitals and clinics, which prevent health workers from delivering the quality care patients deserve.

Things reached a boiling point when it emerged that instead of hiring more full-time staff, Kaleida was instead spending $100 million on temporary, non-local replacements.

“We are fighting for a fair contract that will make safe staffing at our hospitals a reality,” said Jim Scordato, 1199SEIU Vice President for WNY Hospitals, in a press release. “We will not settle for understaffed facilities, burnout and burnout as the status quo. We demand a contract that will enforce safe staffing ratios, maintain competitive salaries and help attract and retain the staff needed to make Kaleida a great place to work again.”

Cori Gambini, President of CWA Local 1168, added, “As a nurse, it breaks my heart that I can’t give every patient the attention they deserve, but it’s also dangerous. It’s dangerous when we’re stretched, when we’re exhausted, and when colleagues keep leaving because they don’t see any action from Kaleida to attract new recruits.”

“We voted to allow a strike because if the hospital workers who walk through the doors of Kaleida every day and see the dire situation don’t stand up for the people of Buffalo, who will?” she continued.

The news came the same week that more than 15,000 Minnesota nurses began a historic three-day strike. They shared many of the same concerns as Buffalo nurses, including a heavy focus on unsafe staff ratios.

In northern California, Kaiser health workers have been on strike for more than five weeks.

Meanwhile, in Buffalo, nurses at Mercy Hospital electrified the labor movement last year when their five-week strike ended with a big victory: a contract that guaranteed a $15 minimum wage for the labor force. hours and nurse/patient ratios.

Kaleida Health workers will seek to build on this success in their own fight for better working conditions.